While steamboats had designated wharves in New Orleans, landing locations were much less formal often docking in front of the plantation or nearby. What constituted a ‘landing’ could be little more than wherever the steamboat could dock against the shore or a levee, with planks or walkways provided for the enslaved workers to unload the freight. Once the boat docked, enslaved men and women were sent to retrieve the packages and cart them back to the Oak Alley.

In addition to freight, steamboats were the primary source of transportation to and from New Orleans. Steamboats listed in Oak Alley bills include the Belle Creole, Eliska, Mary Foley, Luna, Gipsey, St. Cloud, Hard Times, and Music. Sometimes the passenger was a single person, such as Jacques Roman or an enslaved messenger, but traveling parties could be quite large. On December 12, 1848, a rather large Oak Alley group traveled on the Belle Creole. Led by Celina Roman, it included one of her sisters, the children’s tutor Harriet Anable, and Celina’s children, Louise, Octavie, Henri, and Marie. Traveling with them were six “servants” and three “little servants” (enslaved children expected to attend to the Roman children) bringing the total to sixteen people and luggage. The Romans, Celina’s sister and their tutor traveled in comfort, listening to bands or dining until they reached New Orleans. Attending slaves were expected to do just that: attend. 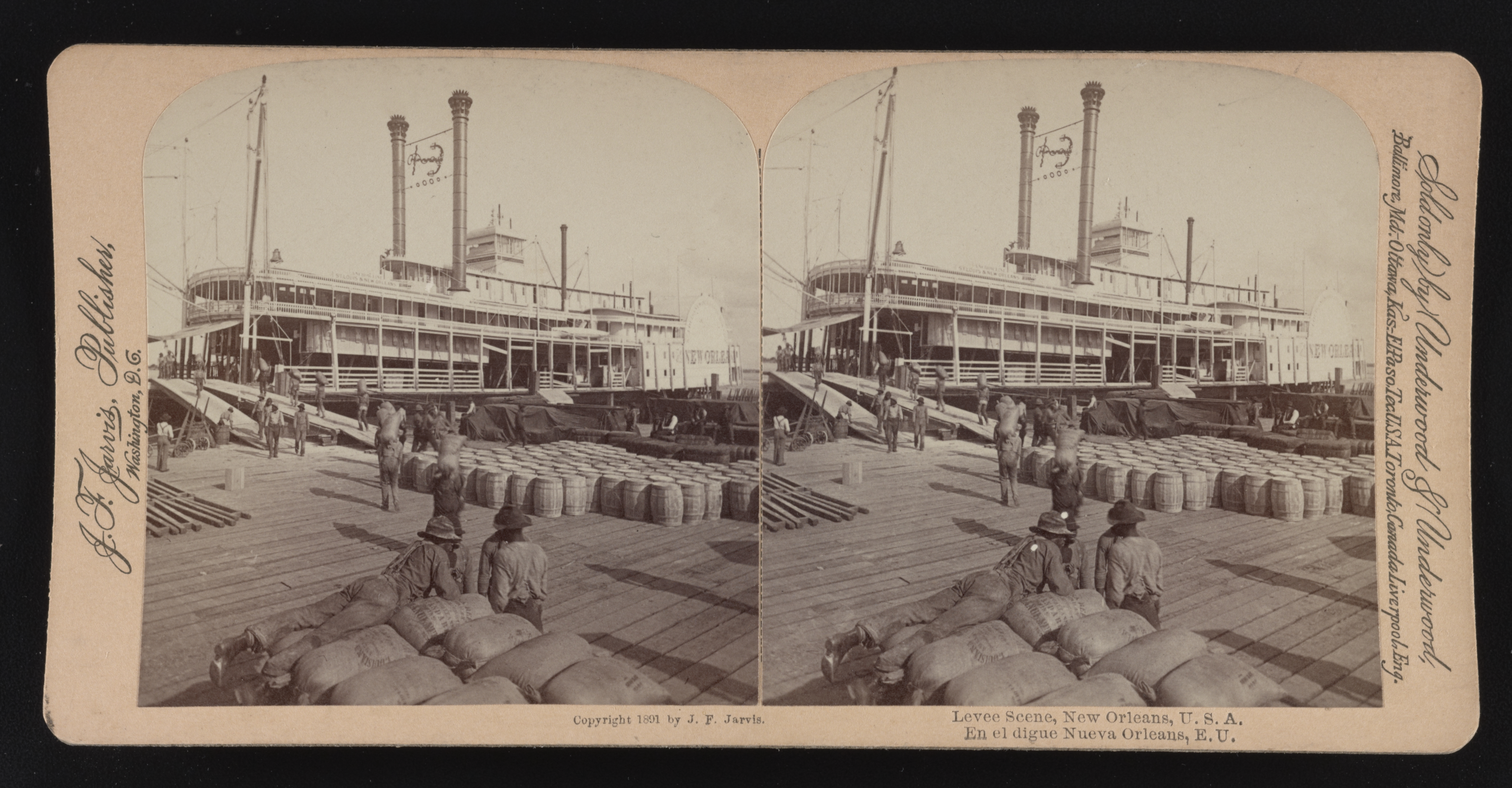 Such a large group suggests a significant trip, involving planning and mostly likely for an extended stay in the city. However, not all trips were so involved. Between November 26 and December 31 of 1849, Roman slaves, Mandrin and Anna, were sent at different times on the steamer  Eliska to New Orleans. As enslaved people they carried a pass, written by Celina, authorizing their travel for such reasons including seeing Dr. Daret, a doctor in the city who frequently treated the Oak Alley enslaved community.  Once treated, he signed permission for them to return to the plantation by steamboat.

One enslaved person traveling often by steamboat was Deterville. On January 25, 1849, Deterville escorted two young boys from New Orleans to the plantation: nine-year-old Henri Roman and seven-year-old Raphael, his own son. Other times he traveled independently, carrying notes from Celina Roman, generally asking for cash to the plantation’s accountant, returning to the plantation with her funds. However, even with his frequent-traveler status, steamboat travel was very different for Deterville than to that of the Roman family. Enslaved travelers, even those familiar to the captain and crew, were second class passengers. There were no bands or fine dining.  On his return trip to the plantation, Deterville was carrying as much as $300 for Celina (a modern value of about $10,000) but he himself remained segregated, considered “less” of a ticket holder than his fellow white passengers. Indeed, steamboats, for all their comparative modernity, served the plantation corridor with the same slave/free organization as the plantations they visited.