Right:  Many enslaved people brought to Louisiana were from the West African region.

The slave community at Oak Alley included men, women and children, the most of whom occupied a set of 20 double or duplex structures in an area between the mansion and the sugar mill referred to as ‘the quarters’. Some had been included in the sale when JT Roman purchased the plantation in 1836, others he brought with him from his mother’s plantation, and about 15 were purchased and brought to the plantation between 1836 and 1844. In all, those enslaved at Oak Alley numbered, on average, between 110-120 people. While not as large as some plantations, it was a significantly sized community.

In most cases, those enslaved at Oak Alley are only noted in purchase papers or inventories. These documents give little insight into the community as they are focused on its inhabitants as property, but occasionally there are details that can help us get a better understanding of those who labored at Oak Alley. For example, Thomas, a laborer, was Mandinka, an ethnic group from West Africa, whereas Hyacinthe was a Creole (born in Louisiana). Names themselves can be clues too. Brothers Albert and Carey Jones, for example, clearly do not have French names. In fact, both were considered ‘American Negro’, bought by JT from the East Coast and transported as part of the domestic slave trade. 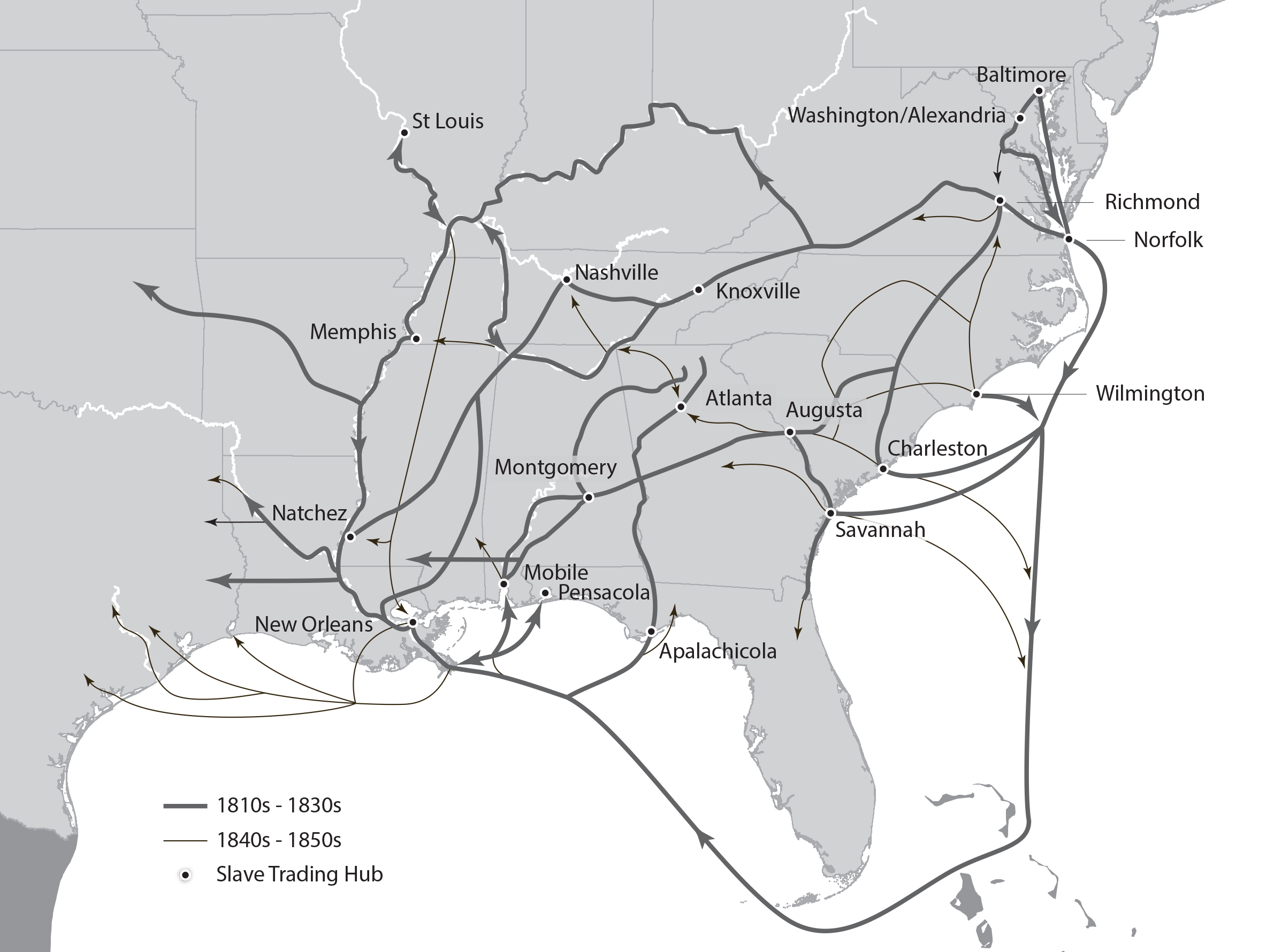 Those who labored on the plantation occupied a wide range of positions. Many were field slaves. Throughout the year they worked in the cane fields, weeding and irrigating hundreds of acres, in addition to plantation maintenance, animal husbandry and levee repair. Harvest season, known as ‘the grinding’ turned a field slave’s work day, normally sunup to sundown, into 18 hour rotating shifts. These shifts lasted weeks until all the cane was cut and milled. Others labored as blacksmiths, carriage drivers, oxcart drivers and gardeners.

In addition to those considered ‘field slaves’, a large number of domestiques, or house slaves worked at Oak Alley—as many as 19. These men and women (as young as 12) worked in the mansion, cooking and serving dinner, cleaning the house, watching children, etc. However, the excessive number of domestiques at Oak Alley has a secondary significance: they were the ultimate demonstration of the Roman’s wealth. While some planters deemed it prudent to have the maximum number of individuals working in their fields, others, the Romans included, exercised their ability to have a large number of enslaved people serving them directly. Oak Alley house slaves were dressed to reflect this role and accompanied the family as they traveled, with as many slaves as one per family member.